Since 2005, Valeo has won twelve PACE Awards, which are the international reference for the automotive industry as a whole. Through these distinctions, the professional community has acknowledged the innovation that is a constituent part of Valeo’s identity. It rewards the hard work carried out by the R&D teams and underscores Valeo’s ability to imagine, design, develop and produce cutting-edge technologies that are at the epicenter of the three revolutions taking place in the automotive industry: powertrain electrification, the development of automated driving and digital mobility.

AN AWARD OF WORLDWIDE RENOWN

The PACE (Premier Automotive suppliers’ Contribution to Excellence) Awards, organized by the US weekly Automotive News for over 22 years, rewards automobile innovations displaying the highest level of performance. The jury, made up of automobile professionals, researchers, engineers and industrialists, honors decisive technological advances capable of creating new industrial models and new driving habits. Every year, 10 technologies offered by the world’s leading automotive suppliers win this supreme award, which carries a worldwide aura in automotive circles. 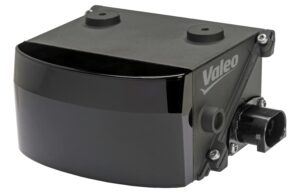 SCALA® is the only mass-produced laser scanner on the automotive market today. Already available on a first vehicle model, it is a key enabler for highly automated driving. It offers a wide field of vision (145°) and the ability to detect stationary as well as moving objects up to a distance of 150 meters in any weather, both day and night. 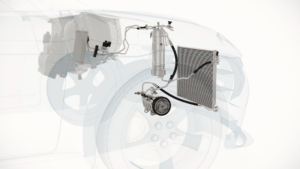 The Electric Supercharger is driven by an electric motor that allows faster response time and eliminates the lag effect associated with turbocharging. It is the first electric-driven compressor that will be in mass production and it is designed for 12-volt and 48-volt systems. This strengthens engine torque at low revolutions, eliminates turbo lag and improves the vehicle’s acceleration. 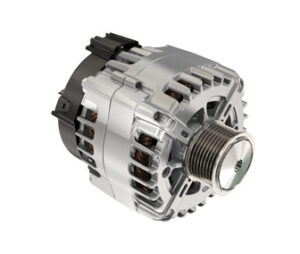 The alternator turns the engine’s mechanical energy into electric current. The more efficient the alternator is, the less mechanical energy is required from the engine, and the less fuel consume
d by the latter. With the high-efficiency EG alternator, Valeo has created a breakthrough technology by replacing traditional diodes with new-generation transistors. These MOSFETs (Metal Oxide Semiconductor Field Effect Transistors) help to increase the alternator’s efficiency by 10%, and to reduce Co? by 2.5g/km.

Find out more (in French) 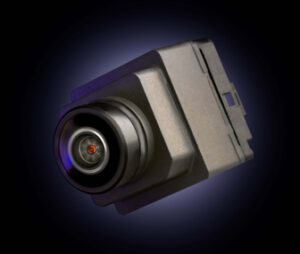 This new-generation back-over protection system associates traditional ultrasonic sensors with an intelligent rear camera for the first time. The camera, which is fitted with a megapixel HDR sensor, shares its information with the ultrasonic sensors. The system, which is housed in a single compact box, detects obstacles within a four-meter radius, i.e. twice the radius of traditional ultrasonic systems. The back-over protection system is faster, more accurate and more efficient, especially at night; it is also lighter and more economical. 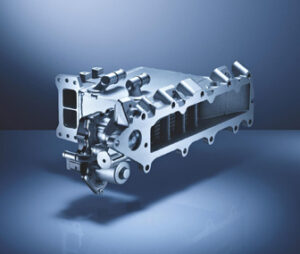 To reduce their vehicles’ CO? emissions, automakers have reduced their engine sizes, while maintaining the power thanks to the turbo. A turbo requires systems to be installed to cool the compressed gases before they are injected into the cylinder. Valeo has revolutionized this cooling technology by using water as a complement to air. This innovation also makes it possible to reduce the exhaust gases’ toxicity and to reduce turbo lag during acceleration, for added driving comfort. This technology has already been adopted by the Volkswagen group, and will become widespread in the forthcoming years. 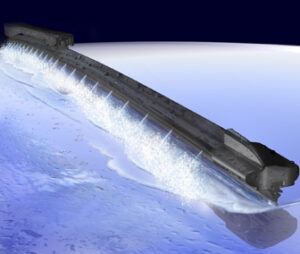 The PACE Awards professionals were won over by this wiping system, in which the liquid arrives directly in front of the wiper blade through a series of channels and holes integrated within the blades. One decisive advantage compared to the traditional system is that during the washing process, visibility is uninterrupted: vision remains perfect and the quantity of liquid required is halved. The size of the reservoir is also reduced by 50%, which makes it possible to gain up to 2kg on the weight of the vehicle. In addition, washing performance is not affected by any increase on speed. 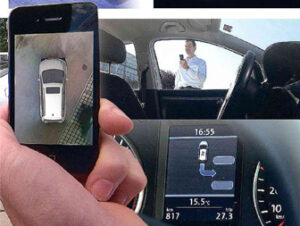 Park4U®, which was adopted by Volkswagen as soon as it was created in 2007, and then by five more automakers in 2008, has revolutionized the way drivers approach parking. Thanks to a set of ultrasonic sensors, the vehicle automatically makes the maneuvers as soon as it is alongside a free space. The driver takes their hand off the wheel and concentrates only on accelerating and braking. With Park4U®, it is possible to park in restricted spaces and to leave the space automatically, for reinforced comfort and safety. 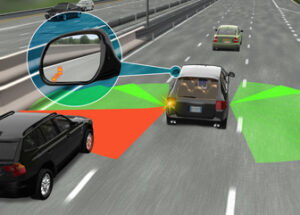 By rewarding this innovation in 2007, the PACE Awards acknowledged the Valeo Group’s capacity to position itself at the vanguard of new safety systems. The radars offer 360° surveillance of the vehicle’s immediate environment. The position, distance, relative speed and direction of travel of any object which appears in the surveillance zone are analyzed instantaneously, so that the driver is alerted in real time through an icon displayed in the side view mirror. The driver can then change lanes in complete safety. 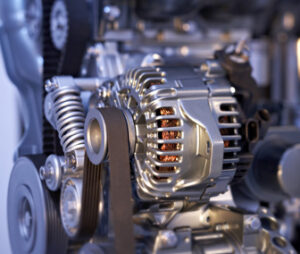 The Stop-Start system is based on a simple idea: stopping the engine when the vehicle is at a temporary standstill, and starting it up again automatically to continue your journey. This way the driver consumes less fuel and helps preserve the environment. The system developed by Valeo and rewarded by the PACE Awards is notable for its reversible belt which acts as starter and alternator at the same time. In alternator mode, StARS integrates a new technology which increases its electrical output, to reduce both fuel consumption and emissions. 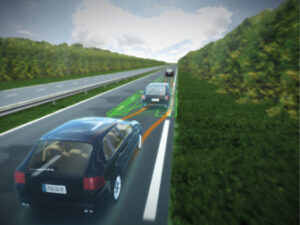 This system uses a miniature video sensor which permanently surveys the lane markings in front of the vehicle. When the vehicle changes lane without indicating, LaneVue™ warns the driver, who can then alter its trajectory. This innovation constitutes a major advance for road safety. In the USA, drowsiness and carelessness cause nearly 40% of accidents. Nissan was the first automaker to adopt the system, and it has since been joined by some of the other leading automobile brands, including Renault.