The Valeo story started in 1923 in a workshop in Saint-Ouen, just outside of Paris, France. Over 90 years later, it is now a world-leading global automotive supplier operating in 33 countries and partnering with automakers worldwide.

In 1923, Eugène Buisson, the French representative for Ferodo brake linings, opened workshops in Saint-Ouen to manufacture, under license, his own friction materials. This was the birth of Société Anonyme Française de Ferodo (SAFF).

In 1932, the company expanded its activities to include the production of clutches, and SAFF was listed on the Paris stock exchange. On the eve of World War II, the company held almost all the patents relating to clutches.

During the war, at the Battle of Falaise in 1944, its Normandy factories were partially destroyed, and during the Liberation of Paris, the Saint-Ouen workshops (brake linings and clutches) were badly damaged. In the 1950s, the company modernized and expanded outside the Paris region, building new factories, notably in Normandy (friction materials) and Amiens (clutches).

In 1953, the company celebrated its 30th anniversary. Clutches, with their constantly evolving technologies, became its main business activity.

The company was restructured to reflect its activities 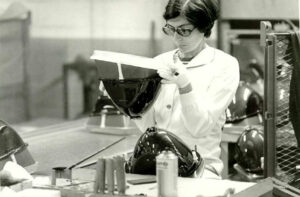 , which continued to diversify, notably with the addition of lighting and wiping systems. During the 1960s the company expanded in Europe, working closely with its mainly French and Italian customers. New sites were established in Spain and Italy.

In 1970, the company built a research center (including a wind tunnel) dedicated to thermal systems, in La Verrière (Paris region).

It continued to expand with a number of acquisitions in Europe, as well as the takeover of SEV Marchal (1970-1971), then of Paris-Rhône and Cibié (1977-1978). These acquisitions enabled the company to extend its long-term strategy to encompass electrical components (spark plugs, alternators and starters, plus ignition, lighting and wiping systems).

In 1974, the Group set up a thermal systems activity in Sao Paulo, Brazil.

In order to unite its brands and people, the company united under the name Valeo (“I am well” in Latin), the name of its Italian subsidiary, at its Annual Shareholders’ Meeting on May 28, 1980.

In 1980, Valeo opened its first site in the United States, producing heating systems, followed in 1982 by a site in Mexico.

In 1984, the Group took over Ducellier, a company producing alternators, starters, headlamps and ignition systems, and established its first site in Tunisia, to produce clutches.

In 1985, the first National Directorates were set up to act as the Group’s ambassadors in Spain, Italy, Germany, Brazil and Japan.

In 1987, Valeo completely refocused on its core activity and began disposing of non-automotive and non-strategic businesses. The Group acquired Neiman, launching its security systems activity.

In 1988, Valeo opened its first sites in South Korea and Turkey. 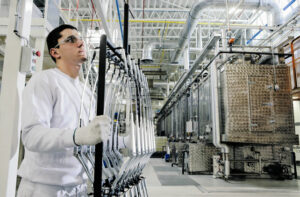 During the 1990s, operational excellence became a top priority and Valeo introduced its “5 Axes” system to attain customer satisfaction through total quality.

Research and Development operations expanded, and in 1992 an R&D center dedicated to electronics was opened in Créteil (Paris region), while another opened in Bobigny (Paris region) focusing on lighting.

In 1998, the Group acquired the electrical systems business of ITT Industries, as well as the automotive activities of Labinal. These acquisitions to enabled Valeo to become a global player in electrical and electronic systems.

At the start of the 2000s, Valeo launched its programs to present innovations to its customers. The Group became a world leader in parking assistance systems using ultrasonic sensors.

In 2004, the Group opened its first R&D center in China (Wuhan) dedicated to lighting. Valeo was the first to launch Stop-Start technology on the market. 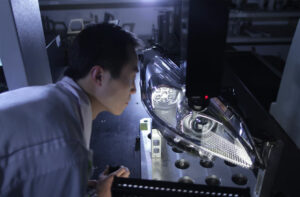 The Group’s strategy is based on two main areas of growth: the reduction of CO2 emissions and development in high-growth countries and Asia.

Valeo is recognized for its innovative technologies, particularly those that reduce CO2 emissions, and is striving to make them accessible to as many people as possible.
In 2011 Valeo acquired the Japanese automotive supplier Niles, becoming the world leader on the interior controls market.

The Group’s outlook for growth is excellent, and its key objective has not changed since 1923: to work closely with automakers and motorists in order to make vehicles cleaner, safer and more efficient.

Today: A new identity as a tech company 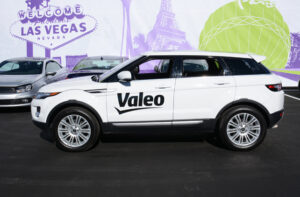 “Valeo is very well positioned in the hybrid and electric car and autonomous vehicle markets.”

The strategy implemented in 2009, has paid off. Valeo’s sales growth has outpaced the global automotive production’s, and order intake has attained record levels, with more than one-third involving innovation. Since 2014, the group unveiled its new identity as a full-fledged tech company and joined the CAC40 blue-chip index. In recognition of its new status, it was included in Thomson Reuters’ list of Top Global Innovator 2015.

In 2017, the Group opened valeo.ai. Based in the heart of Paris, this global Artificial Intelligence research center for automotive applications conducts ambitious research projects, especially in assisted and autonomous driving.

In 2018, Valeo became a world leader in electrification, fitting a third of all vehicles in the world with its electric systems.

In December 2019, Valeo won a Research & Development award for its high definition LED smart lighting technology at the Innovation Awards for Franco-Chinese Teams.

Its innovation strategy is backed by research and technology partnerships such as Safran, acquisitions such as peiker, Spheros, gestigon, FTE Automotive and Ichikoh (takeover), investments in technology start-ups, investments in venture capital funds as well as joint ventures like Valeo Siemens eAutomotive, specialized in the development of high-power solutions for hybrid, plug-in hybrid and all-electric vehicles and Kapec, world leader in torque converters.