The new Mercedes-Benz S-Class is the first car in the world to be equipped with this Valeo technology.

In December 2021, Mercedes-Benz received the world’s first internationally valid system approval for conditionally automated driving (SAE-Level 3), meeting the demanding legal requirements of UN-R157 for such a system. If the particular national legislation allows it, DRIVE PILOT is able to operate in conditionally automated driving mode at speeds of up to 60 km/h, in heavy traffic or congested situations and on suitable stretches of motorway. DRIVE PILOT will be available in Germany in the first half of 2022. The next step is clear: the car manufacturer plans to apply for regulatory approval in California and Nevada in 2022.

Valeo SCALA® 2 sees what the human eye, cameras and radars cannot see and adapts to all light conditions and changes according to light levels. It is not blinded by sunlight and can see equally well in total darkness.

It measures the distance to surrounding objects to the nearest centimeter, by calculating the time it takes its laser beam to travel to an obstacle and back again. This enables it to build a complete 3D image of the vehicle’s surroundings. The image, called a “point cloud,” is analyzed by sophisticated algorithms to identify all of the objects, allowing the device to distinguish between moving and static objects. It classifies them into different categories, such as cars, trucks, buses, bicycles, motorcycles, pedestrians, infrastructure, and captures their shape and position.

If the objects are moving, it measures their speed and keeps tracking them, even when they are no longer in the driver’s line of sight. It predicts the objects’ behavior and trajectory. But it doesn’t just detect objects: it also anticipates open space where the car can drive safely. It even spots small objects, for example a tire that has fallen on the road. It is equipped with a specific algorithm that recognizes road markings based on their contrast with the road.

With its software, Valeo SCALA® 2 transforms the raw data from the sensor into useful data. It eliminates any data that could alter its calculations, as if it were filtering the information to validate only relevant data. This enables it to cancel out any “echoes” caused by raindrops on its light pulse so that it can see through the rain and measure the density of a rain shower. Its software even allows it to troubleshoot itself. Its exclusive cleaning and heating system is triggered whenever its field of vision is blocked, by dust or ice for example.

Valeo’s LiDAR is the successful combination of high-precision mechanics, optics and electronics with software, algorithms and artificial intelligence, making it reliable, sharp and intelligent. In addition to its technological leadership, Valeo also leads in manufacturing capabilities. The Valeo Group is currently the only player in the world to produce on a large scale an automotive LiDAR scanner*. Valeo SCALA® 2, central to the Mercedes-Benz DRIVE PILOT system, which helps give back drivers time during their journey.

* On March 15, 2022, Valeo was recognized by the American institute Frost & Sullivan as a pioneer and key player in LiDAR 3D laser scanners with the 2022 Global Market Leadership Award. 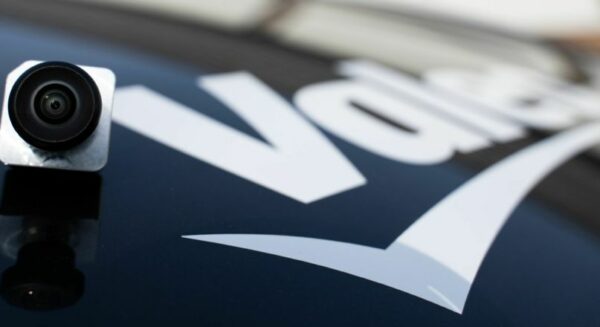 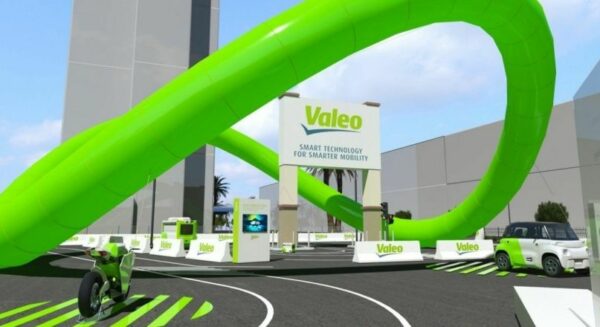 Valeo innovations on show at CES 2022